A lavalier microphone or lavalier (also known as a lav, lapel mic, clip mic, body mic, collar mic, neck mic or personal mic) is a small microphone used for television, theatre, and public speaking applications in order to allow for hands-free operation. They are most commonly provided with small clips for attaching to collars, ties, or other clothing. The cord may be hidden by clothes and either run to a radio frequency transmitter kept in a pocket or clipped to a belt, or routed directly to the mixer or a recording device.

These miniature microphones are often supplied with a choice of push-on grilles of differing lengths that provide gentle high-frequency boost by forming a resonant cavity. A peak of approximately 6 dB at 6–8 kHz is considered beneficial for compensating loss of clarity when chest-mounted, as is a peak of a few decibels at 10–15 kHz when mounted in the hair above the forehead. This method of boosting high frequencies does not worsen noise performance, as electronic equalization would do. 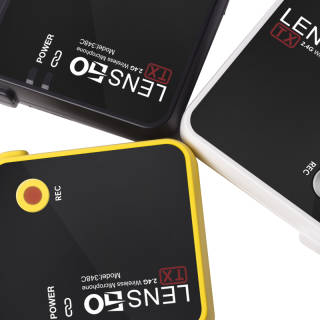 Next page ：How to position a lavalier microphone

Is the LENSGO dmm2 a good microphone for DSLR cameras?

Lensgo LYM-DM300 Shotgun Microphone Give Yourself A Reason To Fall In Love With Shooting Videos!

How A Microphone Works

Wireless Mic Clipped to Your Shirt